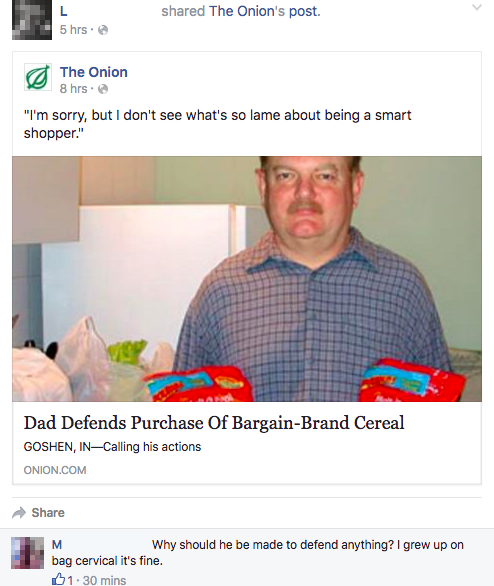 I grew up on bag cervical

I really like beer. The learning-to-like-beer phase for me was short. I do think it's kind of silly to keep drinking it if you don't like it though. Why would a grown person spend their money on something they don't like?
Washington, DC

llucax
reply
Finally somebody else say it!
Berlin

ktgeek
reply
Don't like it, don't drink it. It's okay. I don't like most hard liquor. And there are types of beer I don't like, but in general...MMMMMMM beer.
Bartlett, IL

austinstorm
reply
It took me a loong time to like beer. I'm not fond of the trend of really hoppy beers, and prefer Belgians. I still like craft cocktails better on the whole, but beer is worth acquiring a taste for.
Moscow, Idaho

I once felt as you do. Drink some more...it will go away.
Orange County, California

If you have only drank the mass produced, mass marketed beers and say that you don't like beer, well then... that's your problem. Most mass produced swill is just that, swill. Please pour that back into the sick horse it came out of. If you want good beer, discover micro-brew.

effingunicorns
reply
And this is why I prefer fruity drinks. Bite me, social pressure!

This is my recollection from about age fifteen or sixteen years.

Beer tasting bad is a feature. You have to earn the right to be drunk.

It's not that you don't like beer - it's that you haven't found the beer for you yet...
Dundee

skittone
Nope. Some of us just don't like beer.

alt_text_bot
reply
Mmmm, this is such a positive experience! I feel no social pressure to enjoy it at all!

Some notes about this.
We each repeated the experiment 3 times, and got the same results every time. For those of you who might be skeptical, great! The good news is that right circularly prismatic kiddie pools are only $10 and you can do the experiment for yourself at your latitude. There's really no reason you shouldn't do this on your own, so before you criticize how we've done it, I'd strongly encourage you to do it for yourself.

Gordon McGladdery did all of the sound design for the video. We used two songs from other artists (licensed of course). Derek split the first one up so it fades from video to video, and Gordon split the instruments up on the second one. There are violins on one video and percussion on the other for example. It's really neat.

The neat earth animation at the beginning and the synchronizing timer was made by Michael Hannah of http://eisenfeuer.com/. He also made still images of the earth from the top and the bottom.

There was a study performed at MIT years ago (http://web.mit.edu/hml/ncfmf/09VOR.pdf) that explained the physics involved. We repeated some of these demonstrations, but on opposite sides of the globe…and in a way that can be easily understood.
This site is a great resource on the Coriolis effect and ways people have gotten it wrong:
http://www.ems.psu.edu/~fraser/Bad/BadCoriolis.html

The thought is it will help educate the world as a whole, and one day generate enough revenue to pay for the kids' education. Until then if you appreciate what you've learned in this video and the effort that went in to it, please SHARE THE VIDEO!

If you REALLY liked it, feel free to pitch a few dollars towards their college fund by clicking here:
http://bit.ly/KidsCollege 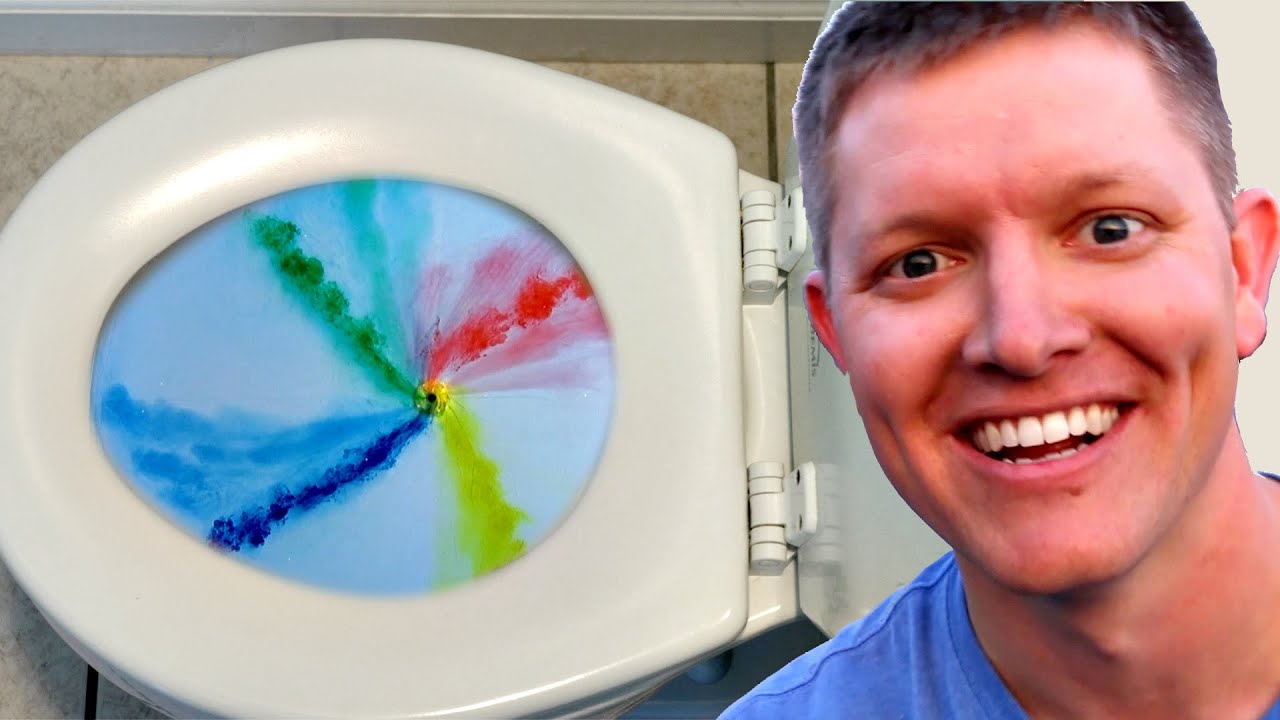 Writing in Word Ways in May 1975, David Silverman noted that the phrase LEFT TURN FROM THIS LANE ONLY, stenciled in the leftmost traffic lane at various U.S. intersections, was ambiguous — and that both meanings had been struck down, in contested court cases in Arizona and California.

In one case, the motorist had driven straight ahead rather than turning, which the prosecutor said was illegal. The motorist returned that this wasn’t so — LEFT TURN FROM THIS LANE ONLY meant that it would be illegal to make a left turn from any other lane, but it didn’t require that a left turn be made from this one. “If the city had meant my failure to turn to be illegal, they should have written FROM THIS LANE, ONLY A LEFT TURN.”

In the other case, the motorist had made a left turn from the lane to the right of one marked LEFT TURN FROM THIS LANE ONLY. He argued that this was legal — the marking required drivers in the leftmost lane to turn left, but imposed no requirement on the other lanes. “Had the city wanted to make my turn illegal the marking should have been LEFT TURN ONLY FROM THIS LANE.”

Both motorists were found not guilty. Perhaps because of such confusion, Silverman noted, most intersections had lately begun to use unambiguous arrows: “One good picture is worth ten thousand signs reading LEFT TURN IF AND ONLY IF FROM THIS LANE.”

Secret Information Is More Trusted by schneier
Monday July 29th, 2013 at 8:43 AM

This is an interesting, if slightly disturbing, result:

In one experiment, we had subjects read two government policy papers from 1995, one from the State Department and the other from the National Security Council, concerning United States intervention to stop the sale of fighter jets between foreign countries.

The documents, both of which were real papers released through the Freedom of Information Act, argued different sides of the issue. Depending on random assignment, one was described as having been previously classified, the other as being always public. Most people in the study thought that whichever document had been "classified" contained more accurate and well-reasoned information than the public document.

In another experiment, people read a real government memo from 1978 written by members of the National Security Council about the sale of fighter jets to Taiwan; we then explained that the council used the information to make decisions. Again, depending on random assignment, some people were told that the document had been secret and for exclusive use by the council, and that it had been recently declassified under the Freedom of Information Act. Others were told that the document had always been public.

As we expected, people who thought the information was secret deemed it more useful, important and accurate than did those who thought it was public. And people judged the National Security Council's actions based on the information as more prudent and wise when they believed the document had been secret.

Our study helps explain the public's support for government intelligence gathering. A recent poll by the Pew Research Center for the People and the Press reported that a majority of Americans thought it was acceptable for the N.S.A. to track Americans' phone activity to investigate terrorism. Some frustrated commentators have concluded that Americans have much less respect for their own privacy than they should.

But our research suggests another conclusion: the secret nature of the program itself may lead the public to assume that the information it gathers is valuable, without even examining what that information is or how it might be used.

Original paper abstract; the full paper is behind a paywall.

watchboy
reply
The illusion of competence.

“Few people are capable of expressing with equanimity opinions that differ from the prejudices of their social environment. Most people are even incapable of forming such opinions.” — Albert Einstein

“Most people are other people. Their thoughts are someone else’s opinions, their lives a mimicry, their passions a quotation.” — Oscar Wilde

“We think as we do mainly because other people think so.” — Samuel Butler